From Yokohama to the World
An unprecedented start... 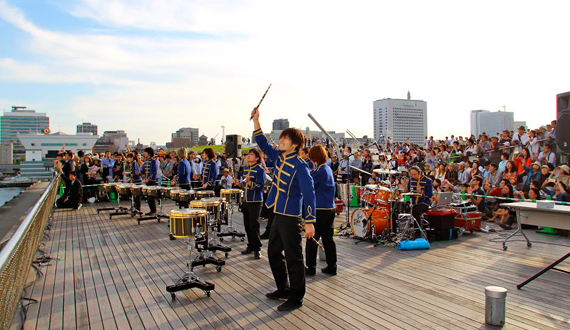 After that, we started writing original songs and performances to highlight the appeal of the drum line. And we had our first hall show in 2010. In 2011, five years after our founding, we established UNISON CONPANY as the production company managing CORE, and began our career as a professional group. As an ensemble, our goal was to bring the entertainment of drum line performances to new levels. And we wanted to be a group that would inspire and energize many people for a long time to come.
As a pioneer of the first drum line performance group in Japan, CORE will continue to provide excitement, joy, and delight to audiences all over the world. 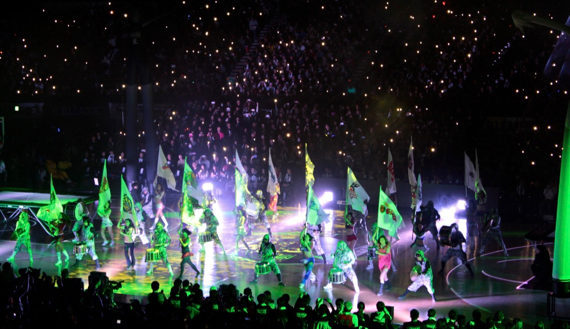 After that, we started creating original songs and performances to further express the appeal of the drum line.And we had our first hall show in 2010.In 2011, five years after our founding, we established Management Production and began working as a professional group.Because we wanted to further express the entertainment of the drumline. And we wanted to be a group that would inspire and energize many people for a long time to come.
As a pioneer of the first drum performance group in Japan, The CORE will continue to provide smiles, hopes, dreams, and impressions to all people in the world.

From the past to the present to the future...
Enter the new world of drum entertainment.

CORE creates performances derived from traditional US marching drum line shows combined with the expression and style that is uniquely Japanese. The core of CORE performances includes:

Our performances surprise and inspire audiences 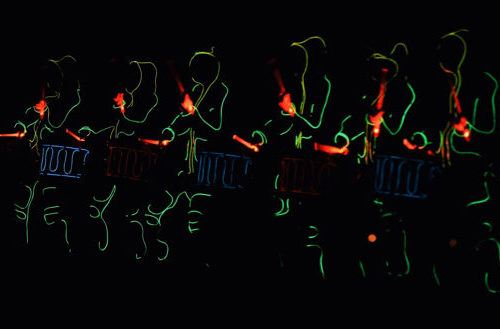 Our shows combine the use of drum line instruments, traditional Japanese instruments, Taiko Drums, and LED-lit performance.
We continue to innovate our performances by exploring new ways to incorporate technology.Our performances have been well received by people from all over the world, and we are able to perform in venues of varying sizes.
In addition to performing, we also have created educational outreach programs and collaborative productions.
We create a variety of productions using marching drums for entertainment.

JAPANESQUE -festival-: The show is based on a Japanese festival theme. Our latest show.
THE POWER OF CORE: You can enjoy the unique sound and performance of marching drums, which is one of the features of CORE. 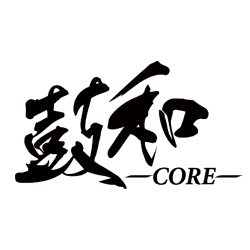